Spain became an attractive destination for tourists in 1960s. Its popularity exploded in the 1980s and 1990s when Spain returned to democracy and became a part of the European Union. Today the number of tourists that visit Spain annually is bigger than the number of people living in the country permanently. 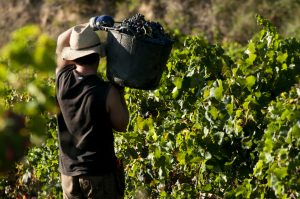 re recently, a new Guggenheim Museum in Bilbao, designed by world-renowned architect Frank Gehry started attracting art lovers from all around the world.

Some tourists come to experience a different Spain. Spain was the most powerful nation in the world in the sixteenth and seventeenth centuries. It was a center of the empire that included territories in Europe, the Americas, and the Pacific.

Ancient Spain was home to a number of influential cultures. These cultures were the Romans, Celts, Moors and Visigoths.

Regionalism in today’s Spain is very strong. For example, the Catalans, who live in the northeast corner of the country, have been independent for a long period of time and up to this day, Spanish is the second language in the area after Catalan, the first language.

Spain is also very diverse when it comes to nature. It has 300 sunny days a year and has beaches along east and south coasts. The Pyrenees and the Sierra Nevada are the two mountain ranges that are perfect for winter sports.

2016-10-30
PreviousPrevious post: What You Need to Know about Taxes in Spain
NextNext post:Best Things to Do In Spain